I've been looking for a hat/scarf/pockets pattern like this for a while, so when I saw it on Ravelry by Dearest Debi, I knew I had to make it! I already had the yarn in mind: Paton Bohemian. I chose Hypnotic Haze, with the goal of making a snow leopard-colored hat. I bought one skein of the yarn to begin with, simply to make sure that I was able to work with the super bulky yarn. I don't know if I'll be able to go back to any other kinds now, because it's just so soft and silky. My first skein of 68 yards made the first 8.75 rounds of the hood. I'm hoping that I won't need a full 10 skeins, so I'm buying them slowly, but I also don't want to mess up my project by getting different lot numbers. The pattern suggests a K hook, so I used that. I would have upped the hook to an L but I don't actually own one still. 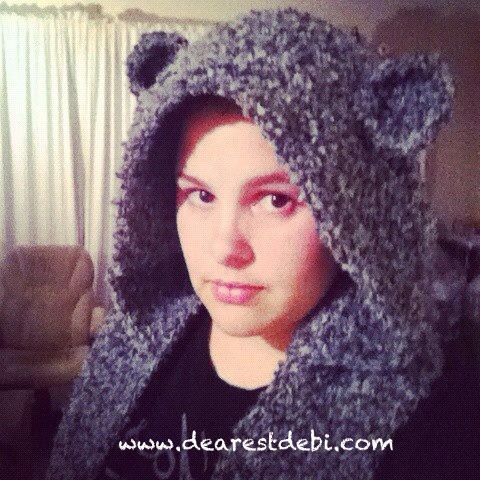